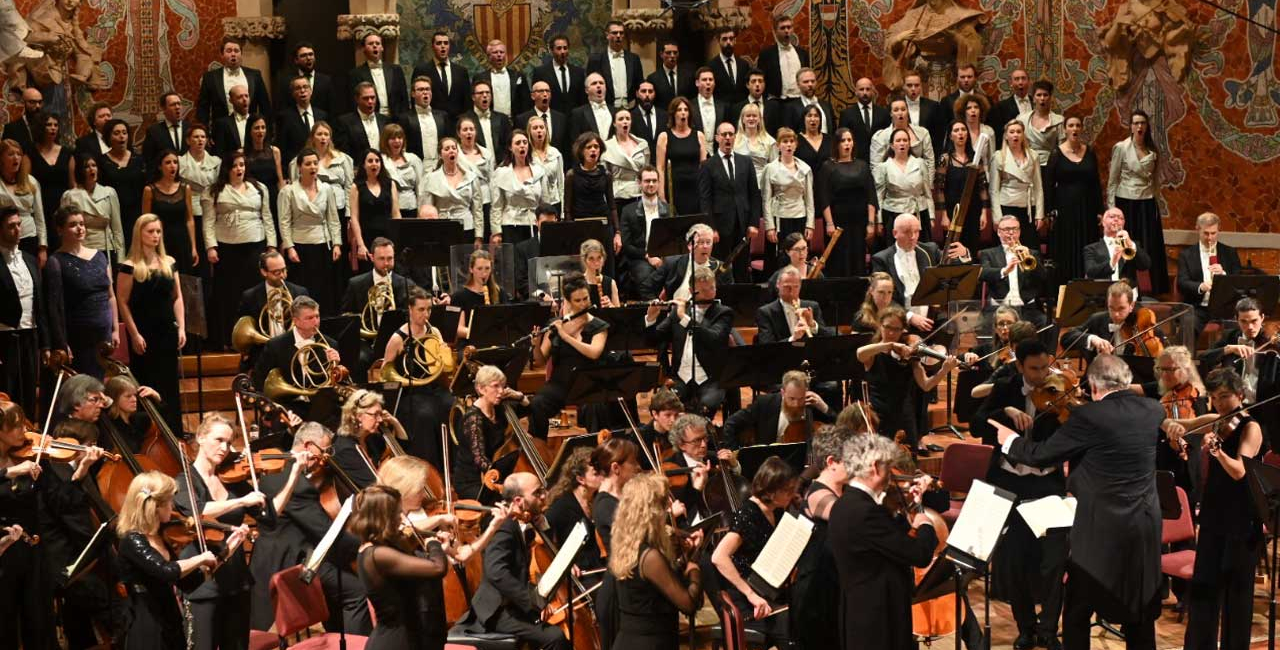 Symphony No. 9: ‘Up above the stars he must dwell’

Symphony No. 9: 'Up above the stars he must dwell', Beethoven Symphony films, Online

We are currently raising funds to enable us to help our wonderful musicians in these extraordinary times. To make a donation or find out more, please click here.

Beethoven’s Ninth Symphony was completed more than a decade after the Eighth, and performed in front of an eager Viennese audience in May 1824. It is a work which at once sums up all his previous symphonic thought and points to a new world, as for the first time Beethoven uses the human voice to intensify his idealistic vision with the words of Friedrich von Schiller’s ‘Ode to Joy’. In the final instalment of our Beethoven Symphonies Series, John Eliot Gardiner’s thoughts on this mighty work are accompanied by exclusive footage of our performance of Beethoven’s Ninth Symphony at the Palau de la Música Catalana, Barcelona.

About the series
In May, the Orchestre Révolutionnaire et Romantique and John Eliot Gardiner should have been performing Beethoven’s complete symphonies at the Barbican Hall in London. This cycle was part of an international tour celebrating both Beethoven’s 250th anniversary and the 30th birthday of the ORR. We were lucky enough to be able to complete three cycles – in Barcelona, New York and Chicago – before the pandemic put a stop to all concerts. To give you a flavour of this monumental project, we will be releasing a nine-part series of films where John Eliot Gardiner will give his thoughts on Beethoven’s musical mind, and the orchestra will be seen rehearsing the symphonies.

Beethoven’s process of composition meant wrestling not just with beauty and emotion but also with political and humanitarian themes. During these uncertain times, perhaps more than any other composer, he gives us a feeling of triumph over adversity. The symphonies express Beethoven’s own bravery in the face of personal problems and these documentaries capture John Eliot Gardiner and the ORR tackling the music with a mixture of scholarship, energy, imagination and a complete devotion to Beethoven’s miraculous vision.