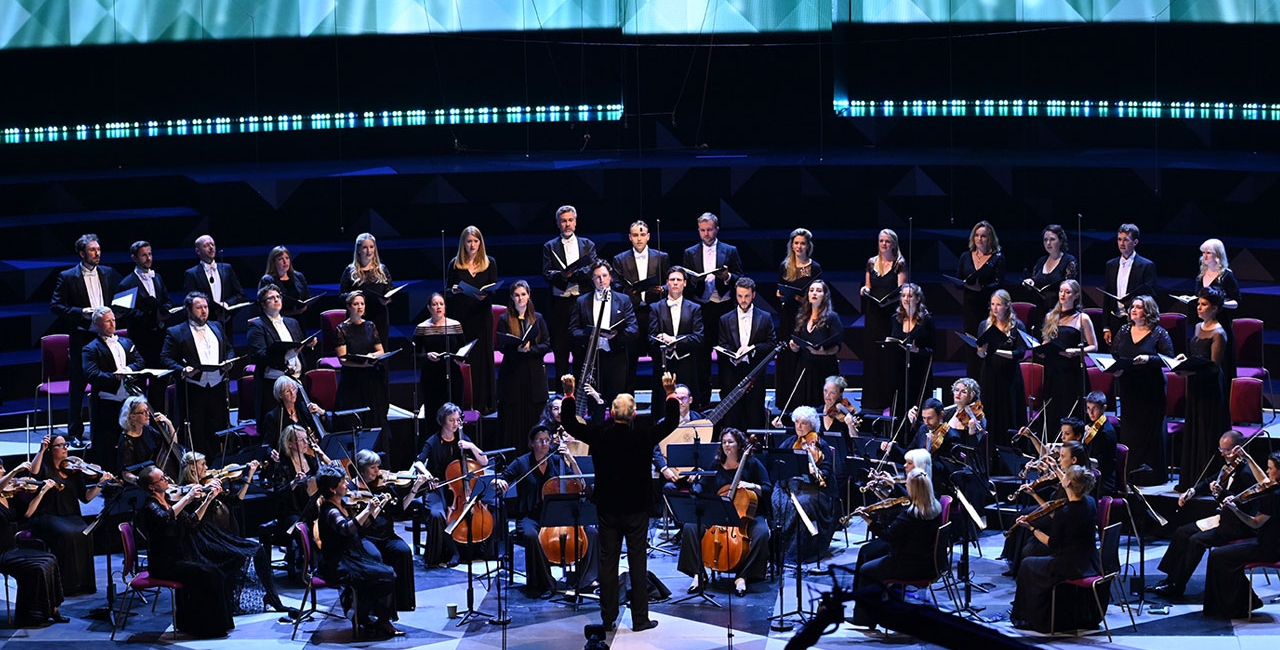 ​We are very excited that our BBC Proms performance, filmed live on Wednesday 1 September, is now available to watch on BBC iPlayer

“Together with his Monteverdi Choir and English Baroque Soloists, the early-music master brought stunning drama to Bach and Handel.”
Ivan Hewett ★★★★★ The Daily Telegraph

“The crisp attack of the Monteverdi singers’ entries, either in their separate knots or all together, gripped and moved, as did their knife-sharp clarity of diction and virtuosic back-and-forth handovers.”
Boyd Tonkin ★★★★★ The Arts Desk

“What most impressed was the Monteverdi Choir’s sheer virtuosity: I’ve never heard choral staccatos so nimble and perfectly drilled, and, as singer after singer stepped forward to take solos, it became clear that they were all potential soloists.”
Michael Church ★★★★★ i News

“Handel’s torrential choral masterpiece Dixit Dominus was imagined with such vivid dynamic contrasts, and performed so virtuosically at such tongue-twisting speeds, that it eclipsed all before it.”
Richard Morrison ★★★★ The Times

On Wednesday 1 September, the Monteverdi Choir, English Baroque Soloists and John Eliot Gardiner made their return to the BBC Proms, performing a programme of youthful choral works by Handel and Bach. The concert in the Royal Albert Hall was the Monteverdi ensembles’ first live public performance in the UK since 2019. The Prom also marked a significant milestone for John Eliot Gardiner: his 60th appearance at the festival, having made his debut there in 1968.

The full performance is also available to listen to now via BBC sounds.