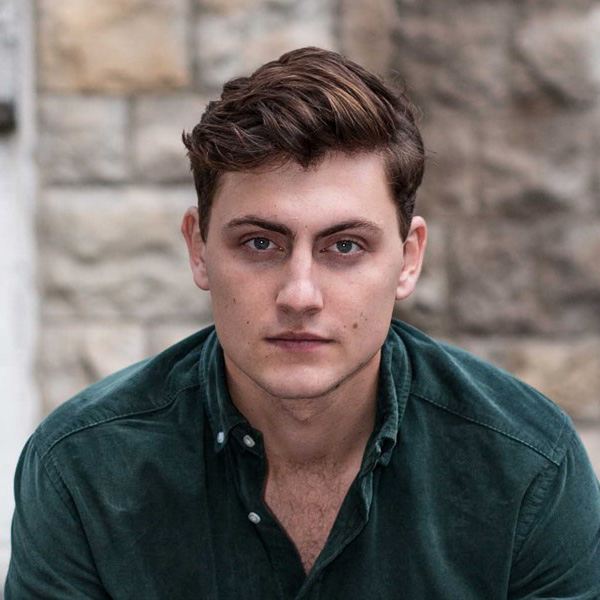 British bass William Thomas is winner of a number of major prizes, which include the Kathleen Ferrier Award and John Christie Award in 2018, and the Veronica Dunne International Singing Competition in 2019. William is a Drake Calleja Scholar and Help Musicians UK Maidment award holder, and is currently on the Opera Course at the Guildhall School of Music and Drama, where he studies with John Evans.

Opera engagements have included the role of Nicholas in the UK premiere of Samuel Barber’s Vanessa for the Glyndebourne Festival, where he was as a Jerwood Young Artist in 2018, his Garsington Opera debut as Shepherd in Pelléas et Mélisande in 2017, and Peter Quince in A Midsummer Night’s Dream for the Guildhall Guildhall School of Music and Drama.

Recently in concert, William performed Bartok’s Cantata Profana in his debut with the London Symphony Orchestra under François-Xavier Roth, and the Beethoven Symphony No. 9 with the Orchestre National de Lyon conducted by Alan Gilbert. He appeared in the Irish National Opera Gala at the National Concert Hall Dublin, where he further appears this season in Handel’s Messiah with the RTE Concert Orchestra and for Dvorak’s Requiem with the RTE National Symphony Orchestra. Forthcoming concert work also includes Messiah with the Royal Liverpool Philharmonic Orchestra and Beethoven Symphony No. 9 in Paris and Versailles with Les Siècles.

Increasingly in demand as an interpreter of song, William has made several appearances at London’s Wigmore Hall, where he appeared most recently as part of Graham Johnson’s ‘Songmakers’ Almanac’ series. Elsewhere in recital, he returns to the Leeds Lieder Festival alongside Graham Johnson and appears at the Barber Institute with Joseph Middleton.

William made his Vienna State Opera debut in 2019 as Snug in a new production of A Midsummer Night’s Dream that was directed by Irina Brook and conducted by Simone Young. Future operatic appearances will include his debut with the English National Opera, appearances with the Glyndebourne Festival and Glyndebourne Tour, and his U.S. debut at the Seattle Opera.