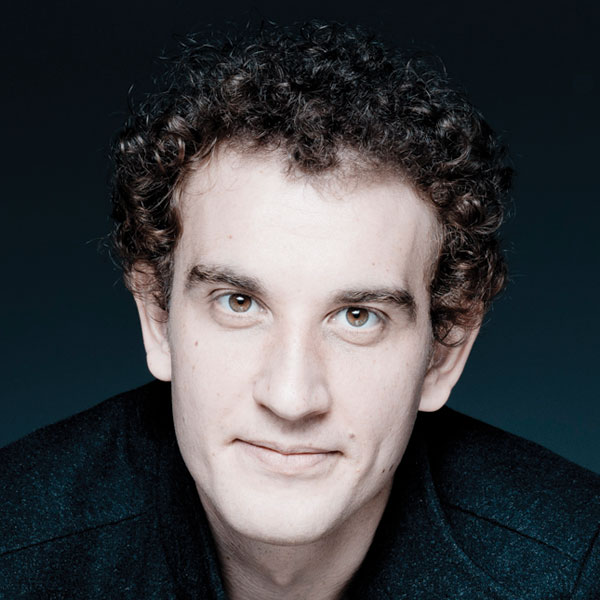 In the 2019/20 season Nazmi makes his debut as Colline at the Metropolitan Opera and can be heard in a staged production of Verdi´s Requiem at Hamburg State Opera. He also performs in a new staging of Beethoven´s Fidelio by Mateja Koležnik at the Baden-Baden Festspielhaus with Kirill Petrenko conducting the Berlin Philharmonic Orchestra. On the concert stage, he appears in Haydn´s The Creation in Rome with the Orchestra dell’Accademia Nazionale di Santa Cecilia under the baton of Manfred Honeck, tours the US and Europe performing Beethoven’s Symphony No.9 with Sir John Eliot Gardiner and sings alongside Christian Gerhaher in Schumann´s Scenes from Goethe´s Faust at the Concertgebouw in Amsterdam.

Highlights of previous seasons include his role debuts as Filippo in Verdi´s Don Carlo at Theater St. Gallen and as Banco in Verdi´s Macbeth in Antwerp, Haydn´s Missa in tempore belli with the Orchestra dell’Accademia Nazionale di Santa Cecilia in Rome, a concert tour of Verdi’s Requiem under the baton of Teodor Currentzis and Beethoven´s Missa Solemnis under Kirill Petrenko in Munich. In the 2017/18 season he starred as Bottom in Britten´s A Midsummer Night´s Dream in a new staging at the Theater an der Wien by Damiano Michieletto, in Verdi´s Requiem at the Tonhalle Zurich under the baton of Sir John Eliot Gardiner and as Zaccaria in Verdi´s Nabucco at Theater St. Gallen, his first foray into Verdi repertoire.

Nazmi´s wide ranging concert repertoire ranges from Bach to Beethoven, Haydn, Brahms, Mozart and Dvořák. Recitals, too, are becoming ever more common in his calendar, performing with pianist Gerold Huber in Munich, Cologne, Ingolstadt, the Schubertiade Hohenems and at London’s prestigious Wigmore Hall in October 2018.

He has worked with Washington National Symphony Orchestra and Christoph Eschenbach, the Orchestre de Paris and Daniel Harding, performed in Brahms’ Requiem in San Sebastian under Jukka-Pekka Saraste, and was soloist in Mozart’s Requiem with the Deutsches Symphonie-Orchester Berlin and Manfred Honeck in Berlin. Furthermore, he made his acclaimed debut under Constantinos Carydis at the Salzburg Festival in 2016 where he returned as Speaker in Mozart´s Die Zauberflöte in 2018.