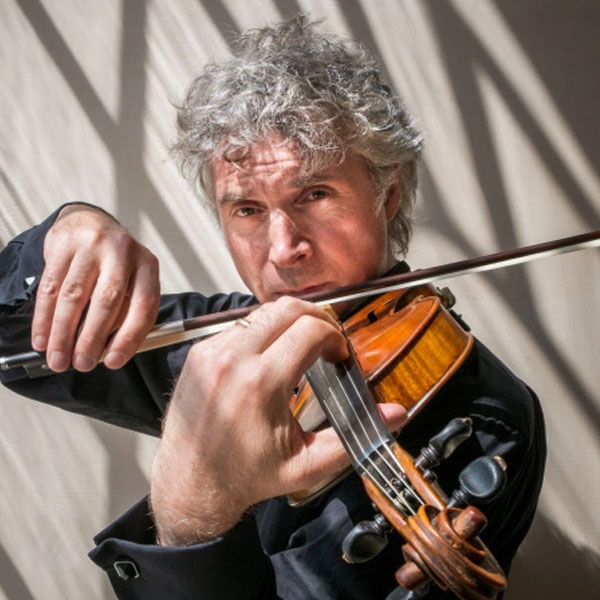 Peter Hanson has been the concertmaster of Orchestre Révolutionnaire et Romantique (ORR) for over 25 years, appearing in nearly all of their concerts and recordings. In November 2012, he was the concertmaster soloist for a European and US tour of Beethoven’s Missa Solemnis, which, as well as several major European venues, also featured performances in Carnegie Hall, NY and Orange County, CA. In October 2013, the ORR toured Switzerland and neighbouring countries. The 2017 Prom with ORR featured Berlioz’s La Damnation de Faust. 2018 included a huge European and US tour of Berlioz’s works, including two Carnegie Hall concerts, and a tour of Verdi’s Requiem. Most recently, the ORR has continued its commitment to the music of Berlioz with a European tour (including a performance at the BBC Proms) of his bombastic first opera, Benvenuto Cellini.

Peter has played with both modern and period instrument groups throughout his career, including the Academy of St. Martin-in-the-Fields, London Symphony Orchestra, London Sinfonietta, and as concertmaster of the Philharmonia Orchestra, under Rostropovich. He was leader for Trevor Pinnock and the English Concert for seven years and has played with Roger Norrington and the Orchestra of the Age of Enlightenment. During this time, a vision of a new type of string quartet emerged: the Eroica Quartet was formed with colleagues from the world of period instrument performance. Recordings of all the Mendelssohn quartets, all the Schumann quartets and various Beethoven quartets soon followed on the Harmonia Mundi label. In February 2012, their recordings of the Ravel and Debussy quartets were released, along with a recording of the un-edited version of Mendelssohn’s string octet.

As a Director of Music, he has a permanent place in the Carmel Bach Festival in California, curating a programme of chamber music concerts, directing two string orchestra concerts and acting as concertmaster for most of the festival orchestra concerts.

Peter also directs concerts with other orchestras. Recent engagements have included projects with the Singapore Symphony Orchestra, Kymi Sinfonia from Finland, Orquesta da Camera (near Barcelona) and the Luxembourg Philharmonic. In 2017, he was guest concertmaster for a Beethoven and Gade project with Concerto Copenhagen, under the baton of Lars Ulrik Mortensen.