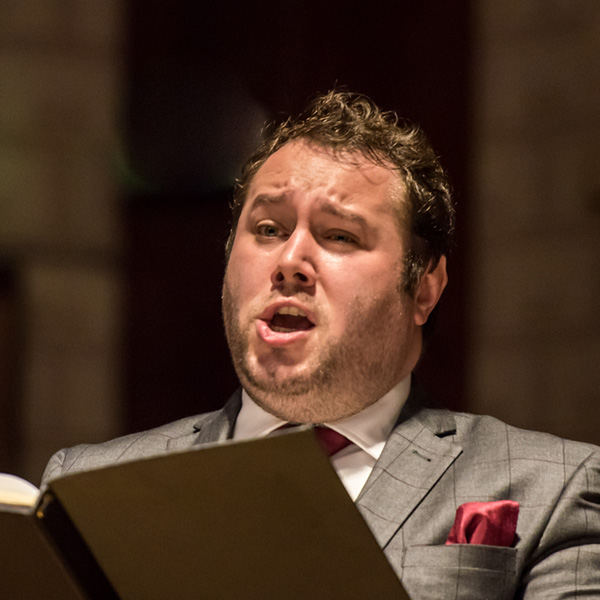 Peter Davoren received his early vocal training at the Cardinal Vaughan Memorial School in London, before obtaining a Bachelor of Arts degree at the University of Leeds. During his time in Leeds, he was a Choral Scholar at St Anne’s Cathedral before being promoted to Choral Conducting Scholar under the guidance of Benjamin Saunders. As Choral Conducting Scholar, he conducted the World Premiere of Colin Mawby’s Magnificat for full choir, receiving glowing praise from the composer. As a student, Peter was awarded the Alison Silverside Award for his ‘exciting and captivating’ recital of Schubert’s Die schöne Müllerin in his first year. In his final year, Peter was awarded the Elgar Prize for his performance as Orbin in the composer’s work Caractacus. The Elgar Society stated that ‘his performance was magical and amongst the other soloists from Opera North, he more than held his own.’

Peter was awarded the Dr Ralph Kohn Scholarship to attend the Royal Academy of Music, London under the tutelage of the renowned tenor Neil Mackie and Mary Hill. During his time at RAM Peter gained plaudits for his recital singing as a member of the Academy Song Circle, performing at the Chelsea Lieder Festival, Oxford Lieder Festival and the Wigmore Hall. The Independent hailed him as ‘excellent’ and singing with ‘a warm, bel canto style.’ These performances led to a Lieder night in the Duke’s Hall with Dame Felicity Lott. Peter performed frequently on the oratorio stage and quickly gained a reputation as ‘one to watch for the future’ after his performance as Evangelist in the RAM performance of Bach’s St John Passion, conducted by Edward Higginbottom. Peter’s experience in Oratorio has made him a regular performer for the Monteverdi Choir with John Elliot Gardiner and he made his BBC Proms debut as a soloist in the Monteverdi Vespers of 1610.

Peter is in very high demand as a consort singer, working with many illustrious groups such as the Monteverdi Choir, Tenebrae, the Sixteen, Solomon’s Knot, Musica Poetica and La nuova musica. He is also a regular member of the St. Bride’s Choir, as well as singing at Westminster Cathedral, Southwark Cathedral, St. Paul’s Cathedral, St. George’s Chapel Windsor and Westminster Abbey. He is regularly invited to sing with London Voices on the soundtrack to the latest movies and video games.

Peter is also in demand as a soloist, mainly as an Evangelist in Bach’s Passions, working for groups such as Musica Poetica, Leeds Baroque, Irish Baroque Orchestra and many choral societies. Recently Peter has been rediscovering his love for Elgar with frequent bookings as Gerontius in The Dream of Gerontius.