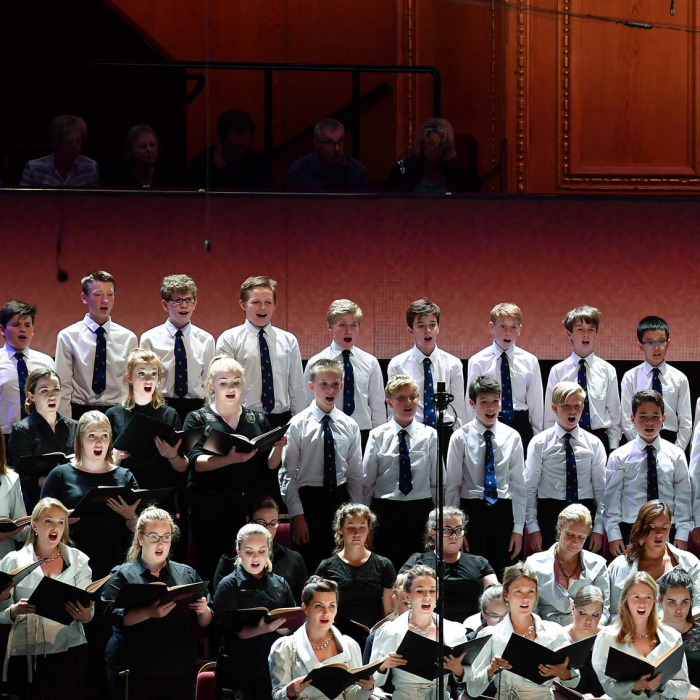 Formed in 1996 by its Artistic Director and Conductor, Christopher Bell, the National Youth Choir of Scotland is an outstanding choir for young people aged 16 to 25. Membership is granted by yearly auditions to singers born, resident or studying in Scotland.

The National Youth Choir of Scotland has performed at events all over the UK and internationally, including the Edinburgh International Festival, BBC Proms, XX Commonwealth Games Opening Ceremony, Festival Berlioz, the Grant Park Music Festival and Grand Teton Music Festival. The choir has also toured internationally to Ireland (2000), Sweden (2001), USA (2004 and 2016), Hungary (2007), Germany (2010) and Central Europe (2013).

In 2012, the choir became the first youth company to win a Royal Philharmonic Society Music Award in the Ensemble category, which was given in celebration of outstanding achievement over the previous year, including a critically-acclaimed performance at the Edinburgh International Festival of Duruflé Requiem with the Scottish Chamber Orchestra and Robin Ticciati, and a five-star Gala Concert performance of Walton Belshazzar’s Feast with the Royal Scottish National Orchestra.

In 2017, the National Youth Choir of Scotland returned to the BBC Proms under Sir John Eliot Gardiner to perform Berlioz La damnation de Faust, and Owain Park Footsteps alongside Tenebrae at the Lammermuir Festival, Scotland. The choir also performed at the Passchendaele Centenary Commemorations in Ypres, Belgium, broadcast live on the BBC. This year has seen the choir in residency at the Edinburgh International Festival performing at the Opening Concert in Haydn’s Creation and a special matinee concert conducted by Christopher Bell.