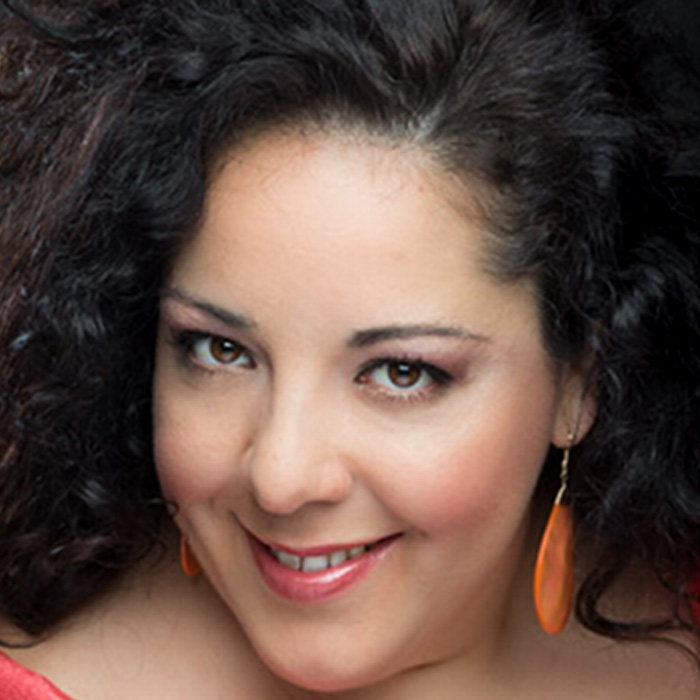 A gifted performer, very much at ease with Rossini’s repertoire, Marianna Pizzolato debuted at the Rossini Opera Festival in Pesaro, in 2003, as Marchesa Melibea in Il viaggio a Reims, quickly becoming one of the main artists of the festival, returning invited to several other editions in the following years: in 2004 she performed again the title role in Tancredi, in 2007 as Isabella in L’italiana in Algeri, in 2008 as Andromaca in Ermione, in 2009 as Emma in Zelmira, making her ROF debut in La Cenerentola in 2010, and the following year as Rosina in Il barbiere di Siviglia.

Her inclination for Rossini allowed her to take part in acclaimed productions all over the world, conducted by some of the top Maestros of our times, such as La Cenerentola at the Welsh National Opera in 2007, under the baton of Carlo Rizzi; Il barbiere di Siviglia in Liège in 2008, with Michele Mariotti, and again in 2014 at Teatro San Carlo in Naples, with Bruno Campanella; L’italiana in Algeri in 2009 in Santiago de Chile, in 2012 at Teatro Comunale di Bologna, conducted by Paolo Olmi, and in 2013 in Liège, once again with Bruno Campanella; La cenerentola in 2012 in Paris, under the baton of Riccardo Frizza, and in 2014 in Seville, with Giacomo Sagripanti. In 2013 she made her debut in the United States as Malcolm in La donna del lago, at the Santa Fe Opera, under the baton of Stephen Lord.

In the same year as her US debut, Pizzolato also made her debut in Verdi’s operatic repertoire as Fenena in Nabucco, performing with Plácido Domingo, and conducted by Nicola Luisotti, at the Royal Opera House, where back in 2009 she had already performed the role of Pierotto in Donizetti’s Linda di Chamounix, conducted by Mark Elder. In 2009, Lorin Maazel conducted her debut as Suzuki in Puccini’s Madama Butterfly, and conducted by Sir Charles Mackerras she took part in Mitidrate re di Ponto at the Welsh National Opera. In 2008 she performed the role of Elisabetta in Donizetti’s Maria Stuarda at the Opéra Royal de Wallonie, under the baton of Luciano Acocella. In 2010 she took part in the revival of Giorgio Strehler’s production of Così fan tutte at Teatro San Carlo in Naples, conducted by Maurizio Benini.

On the concert front, Pizzolato is listed among the soloists in a large number of greatly acclaimed renditions: she’s performed Rossini’s Petite Messe Solennelle in Prague, with Alberto Zedda, in Naples with Maurizio Benini, and in Lucerne with the Symphonieorchester des Bayerischen Rundfunks conducted by Howard Arman; together with Sir Antonio Pappano she’s performed Pergolesi’s Stabat Mater, and also Rossini’s Stabat Mater at the Salzburger Festspiele, and Mozart’s Requiem at Accademia Nazionale di Santa Cecilia in Rome; she took part in the performance of Beethoven’s Missa Solemnis under the baton of Gianluigi Gelmetti in Palermo; with Riccardo Muti she’s performed Cherubini’s Messa solenne in mi maggiore in Florence, Paris, Monaco, Toulouse and Vienna, and Mozart’s Vesperae solemnes de confessore in Ravenna. In 2013, in Turin, she was among the soloists of Verdi’s Messa da Requiem, with Orchestra Sinfonica della RAI di Torino, conducted by Juraj Valčuha. She’s performed Rossini’s cantata, Giovanna d’Arco, in Pesaro and Florence under the baton of Michele Mariotti, and in Wildbad with Antonino Fogliani. She’s performed several belcanto concerts in Pesaro and Gent, and she was one of the soloists of Nino Rota’s Mysterium, conducted by Giuseppe Grazioli, at Teatro San Carlo in Naples.

Pizzolato has recorded operas and concerts for some of the most important labels, including: Cherubini’s Messa solenne in mi maggiore with Riccardo Muti for EMI; Pergolesi’s Stabat Mater with Sir Antonio Pappano for Deutsche Grammophon; Rossini’s Zelmira with Roberto Abbado for Decca; Fernando, re di Castiglia, conducted by Alan Curtis, for Virgin Classics; Semiramide, La donna del lago and L’italiana in Algeri for Naxos; L’italiana in Algeri and Ermione with Roberto Abbado for Dynamic; Linda di Chamounix for Opera Rara; Orlando finto pazzo for Naïve/Opus 111.