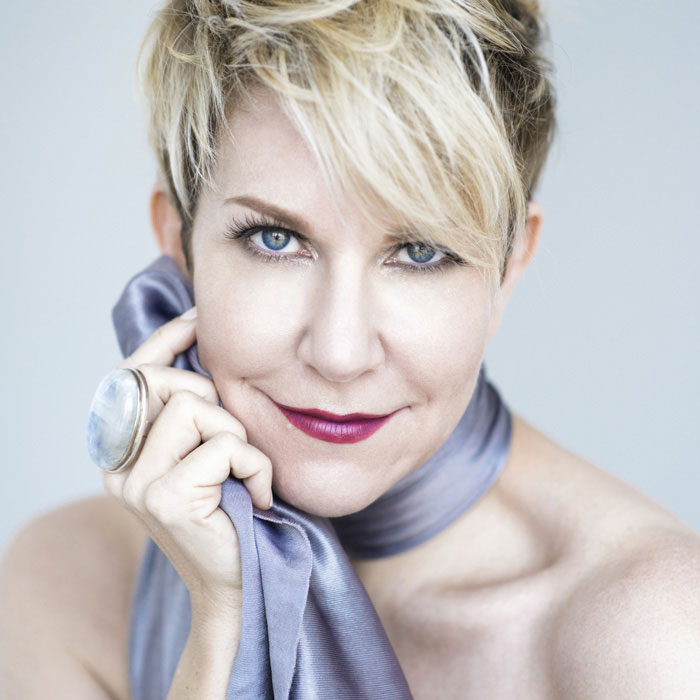 Multi Grammy Award winner of the 2016 Best Classical Solo Vocal Album Joyce and Tony: Live at Wigmore Hall and the 2012 Best Classical Vocal Solo, Kansas-born Joyce DiDonato entrances audiences across the globe, and has been proclaimed “perhaps the most potent female singer of her generation” by the New Yorker. With a voice “nothing less than 24-carat gold” according to the Times, Joyce has soared to the top of the industry both as a performer and a fierce advocate for the arts, gaining international prominence in operas by Handel and Mozart, as well as through her wide-ranging, acclaimed discography. She is also widely acclaimed for the bel canto roles of Rossini and Donizetti - the Financial Times judging her recent performances as Elena La donna del Lago as “simply the best singing I’ve heard in years”.

Much in demand on the concert and recital circuit she has recently held residencies at Carnegie Hall and at London’s Barbican Centre, toured extensively in South America, Europe and Asia and appeared as guest soloist at the BBC’s Last Night of the Proms. Recent highlights in opera have included her first Semiramide in a new production at the Bavarian State Opera, her first Didon Les Troyens under John Nelsons, her first Charlotte Werther for The Royal Opera under Sir Antonio Pappano, the title role in Maria Stuarda at the Metropolitan Opera, for The Royal Opera and at the Liceu in Barcelona; as well as the title role in Ariodante on tour with the English Concert and Harry Bicket.

Opera highlights in Joyce’s 2017/18 season include Cendrillon and her first Adalgisa Norma for the Metropolitan Opera, a return to the Royal Opera House as Semiramide under Sir Antonio Pappano, and the role of Sister Helen in Heggie’s Dead Man Walking at the Teatro Real Madrid and in a staged performance at the Barbican Centre with the BBC Symphony Orchestra. In concert, Joyce will join the Rotterdam Philharmonic under Yannick Nézet-Séguin, the Berlin Philharmonic under Sir Simon Rattle, the Kansas City Symphony Orchestra under Michael Stern. She will also tour throughout Europe with Il Pomo d’Oro performing In War & Peace and give recitals at London’s Wigmore Hall with the Brentano Quartet and at the Royal Opera House with Pappano accompanying.

An exclusive recording artist with Erato/Warner Classics, Joyce’s most recent release In War & Peace won the 2017 Best Recital Gramophone Award. Other recordings include Stella di Napoli, a sumptuous bel canto banquet including little-known gems alongside music by Bellini, Rossini and Donizetti. Her Grammy-Award-winning recording Diva Divo comprises arias by male and female characters, celebrating the rich dramatic world of the mezzo-soprano. The following recording Drama Queens was exceptionally well received, both on disc and on several international tours. A retrospective of her first ten years of recordings entitled ReJoyce! was released in 2013. Other honours include the Gramophone Artist of the Year and Recital of the Year awards, four German Echo Klassik Awards as Female Singer of the Year, and an induction into the Gramophone Hall of Fame.