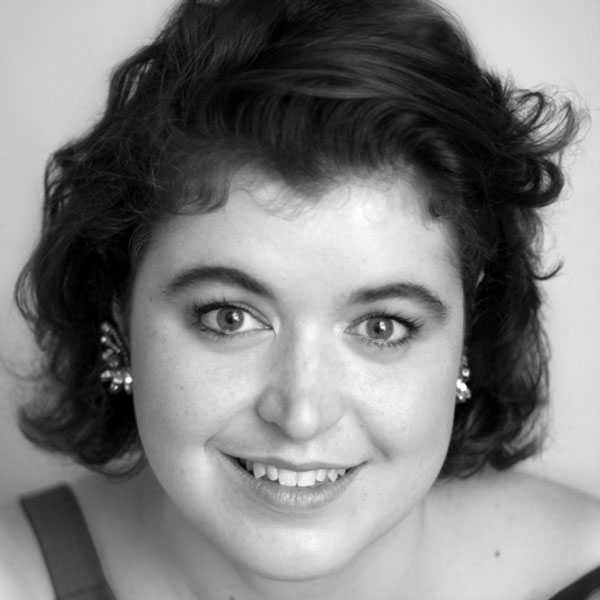 Jess Dandy studied at Trinity College, Cambridge and Guildhall School of Music and Drama, where she held a fellowship and graduated with distinction. She was the winner of the London Bach Society Singers Prize 2017 and the 2018 Oxford Lieder Young Artist Platform, and a finalist in the 2019 Das Lied competition, and is a Britten-Pears Young Artist and Heidelberger Frühling Scholar. She studies with Gary Coward.

Jess is co-founder with mezzo-soprano, Joanna Harries, of SongPath, an initiative founded to promote walking and music-making in the context of mental health, by exploring the routes and roots of the local landscape. To this end, she is the recipient of the Royal Overseas League Roderick Lakin Memorial Scholarship.

Her opera highlights include two Royal Opera House workshops on new works by Soumik Datta/Glynn Maxwell, and Philip Venables’ 4.48 Psychosis. Jess also covered the role of the Messenger and was a member of the ensemble in the ROH/Roundhouse production of Monteverdi’s Orfeo with director Michael Boyd and conductor Christopher Moulds, and played multi-part contralto roles in Jack Furness’ production of Into the Little Hill for Shadwell Opera, and in the première of Alex Mills’s Dear Marie Stopes at the Tête-a-Tête Opera Festival.

On the concert platform appearances include Handel’s Samson (Micah) with John Butt and the Dunedin Consort at the Händel-Festspiele Halle, Bach’s Mass in B Minor at Wigmore Hall, Mozart’s Requiem at St Martin-in-the-Fields, Berlioz’s Roméo et Juliette at the Barbican and Salle Pleyel with the London Symphony Orchestra and Valery Gergiev, and Andriessen’s De Staat at the Queen Elizabeth Hall with Simon Wills. Further concerts appearances include Charles Villiers Stanford’s Mass Via Victrix and Handel’s Messiah with the BBC National Orchestra of Wales, Mozart’s Requiem with the Choir of King’s College, Cambridge, further Messiah performances with the Hallé orchestra and at Hereford Cathedral, and Berlioz’s Les Nuits d’été with the BBC Symphony Orchestra under the baton of Douglas Boyd. Jess is also an experienced ensemble singer with the Monteverdi Choir, The King’s Consort, Le Concert d’Astrée, Polyphony, the Gabrieli Consort and Philharmonia Voices.

Her recent engagements include Bach’s St John Passion with William Christie and Les Arts Florissants on tour in Europe, and in Australia with Stephen Layton and the Adelaide and Tasmanian Symphony Orchestras, Bach’s Mass in B Minor in Leipzig and St Matthew Passion in the US at the Boston Early Music Festival (both with the Dunedin Consort), her role debut as Dido in Purcell’s Dido and Aeneas at the Ryedale Festival, Handel’s Israel in Egypt at the Three Choirs Festival and Bach Cantatas with the Dunedin Consort at the Edinburgh International Festival.

Highlights in the 2019-20 season include Dear Marie Stopes at Kings Place, Beethoven’s Missa solemnis at the Southbank Centre with Crouch End Festival Chorus, recitals in Barcelona and at the Oxford Lieder festival, Messiah with the Dunedin Consort in Scotland and in South America, Beethoven’s Symphony No. 9 with Sir John Eliot Gardiner and the Orchestre Révolutionnaire et Romantique, St Matthew Passion with the BBC National Orchestra of Wales, and Eduige in Handel’s Rodelinda with Harry Bicket and the English Concert in Europe and the US.