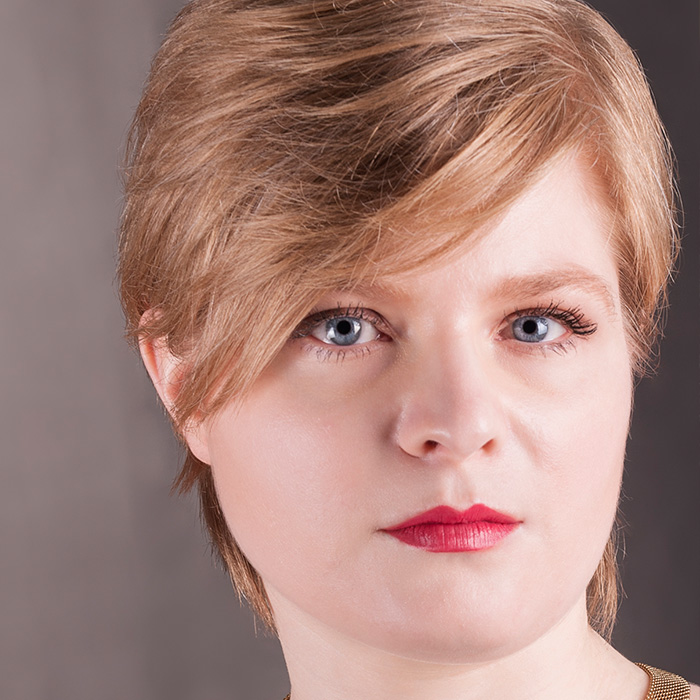 Francesca Boncompagni was born in Arezzo in 1984. After graduating in violin in Siena’s Istituto pareggiato Rinaldo Franci with the highest degree in 2005, she began her formal vocal training in Florence with Donatella Debolini and later on with Alessio Tosi, Lia Serafini, Sara Mingardo and Manuela Custer.

In 2007 she attended William Christie’s baroque Academy Le Jardin des Voix and performed in the documentary Baroque Académie produced and broadcast by Channel France 3, and edited in DVD by BelAir Classique in 2011. In 2008 she won the first prize in the baroque singing competition Francesco Provenzale in Naples, organized by Centro di Musica Antica Pietà dei Turchini.

In 2014 she sang the role of Amore and Damigella in Claudio Monteverdi’s L’incoronazione di Poppea in a tour in the main cities of Japan with the ensemble La Venexiana conducted by Claudio Cavina. In the same year she sang the role of Clizia in Handel’s Teseo at the Beaune Baroque Festival with the ensemble Modo Antiquo conducted by Federico Sardelli.

In 2018 she performed the role of Euridice in Monteverdi’s L’Orfeo in Torino’s Teatro Regio, with the conductor Antonio Florio and the stage director Alessio Pizzech. In the same year she performed in Florence the main role of Dafne in the opera La Dafne by Marco da Gagliano, in the 81st Opera Festival of Maggio musicale fiorentino, with the conductor Federico Maria Sardelli and the stage director Gian Maria Aliverti.

In 2019 she performed her first Mozart’s role, Costanza in Il sogno di Scipione at the Malibran Theater in Venice, with the conductor Federico Maria Sardelli and the stage director Elena Barbalich.