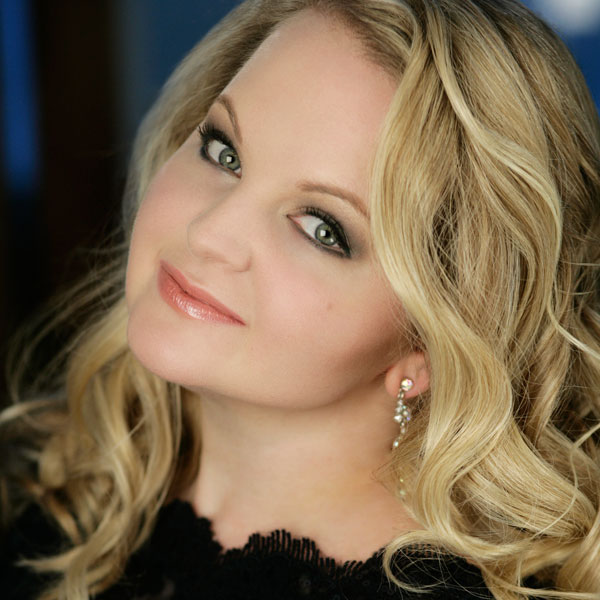 During the 2019-2020 season, Elizabeth DeShong returns to the Metropolitan Opera and the Royal Opera House, Covent Garden for performances as Suzuki in Madama Butterfly, the latter conducted by Sir Antonio Pappano. She debuts with the Melbourne Symphony as Hänsel in a concert performance of Hänsel und Gretel, and sings Pauline in The Queen of Spades at Lyric Opera of Chicago, both conducted by Sir Andrew Davis. In the spring, DeShong makes her debut at Oper Frankfurt as Falliero in a new production of Rossini’s rarely performed Bianca e Falliero.

Last season, DeShong’s concert performances included a tour of Europe and the United States with The English Concert singing the role of Juno in Handel’s Semele; her first performances of Sesto in La clemenza di Tito with the Los Angeles Opera; a solo recital for Vocal Arts DC at the Kennedy Center’s Terrace Theater, with pianist Mark Markham; John Adams’ The Gospel According to the Other Mary with the Accademia Nazionale di Santa Cecilia with the composer conducting; Adalgisa in Norma in concert with the North Carolina Opera; and Handel’s Messiah with the San Francisco Symphony and the Houston Symphony.

Elizabeth DeShong’s performances in the 2017-2018 season included the role of Arsace in Semiramide with the Metropolitan Opera, which was broadcast worldwide Live in HD. She also sang Ruggiero in Handel’s Alcina with Washington National Opera and returned to the Glyndebourne Festival as Suzuki in Madama Butterfly. On the concert stage, she was heard as soloist in Schubert’s Mass No. 6, as well as in a new commission entitled Three Lisel Mueller Settings by Maxwell Raimi with the Chicago Symphony Orchestra under Riccardo Muti. She performed Bernstein’s Symphony No. 1 “Jeremiah” with the Santa Cecilia Orchestra and Antonio Pappano in Riga and London, and Elijah with Music of the Baroque in Chicago.

Ms. DeShong debuted in 2016-2017 with the Royal Opera House, Covent Garden and the Bayerische Staatsoper as Suzuki in Madama Butterfly, and returned to Lyric Opera of Chicago as Adalgisa in Norma. In concert, she performed Beethoven’s Symphony No. 9 with the Baltimore Symphony, Verdi’s Requiem with the Royal Scottish National Orchestra, and the Mahler’s Symphony No. 2 “Resurrection” with the Oregon Symphony.

Ms. DeShong returned to the Metropolitan Opera in the 2015-2016 season as the Wardrobe Mistress/Schoolboy/Page in William Kentridge’s new production of Berg’s Lulu, which was broadcast worldwide in HD. She also was heard as Fenena in Nabucco with the Lyric Opera of Chicago, Arsace in Semiramide with Opera National de Bordeaux, Calbo in Maometto II with the Canadian Opera Company, and as Hermia in A Midsummer Night’s Dream with the Glyndebourne Festival. In concert, she performed Handel’s Messiah with both the Toronto Symphony and the University Musical Society, and joined the Cincinnati Symphony as soloist in Mozart’s Mass in C Minor and Dvorak’s Stabat Mater.

Operatic and orchestral engagements during the 2014-2015 season took Elizabeth DeShong to the Canadian Opera Company in Toronto for performances as Suzuki in Madama Butterfly, the Orchestra of St. Luke’s for Mendelssohn’s Die erste Walpurgisnacht in Carnegie Hall, the Wiener Staatsoper for Angelina in La cenerentola, and the Los Angeles Opera where she performed Rosina in Il barbiere di Siviglia. In addition, Ms. DeShong sang Elgar’s The Kingdom with the Netherlands Symphony Orchestra, Mozart’s Requiem with the Dallas Symphony Orchestra and the Houston Symphony, and the role of Hermia in Britten’s A Midsummer Night’s Dream at the Festival Aix-en-Provence.

Additional engagements of note include Hermia in Britten’s A Midsummer Night’s Dream with the Metropolitan Opera and Lyric Opera of Chicago; Hermia in the pastiche opera, Enchanted Island and First Norn in Götterdämmerung, also with the Met; Suzuki in Madama Butterfly with San Francisco Opera and with the Veroza Company in Japan; Angelina in La cenerentola at the Glyndebourne Festival and with the Canadian Opera Company; Hänsel in Hänsel und Gretel at Lyric Opera of Chicago; Maffio Orsini in Lucrezia Borgia with the San Francisco Opera and English National Opera; at the Metropolitan Opera; Rosina in Il barbiere di Siviglia with Michigan Opera Theater.

The recipient of numerous awards, Ms. DeShong received the Washington National Opera’s “Artist of the Year Award” in 2010, for her debut performance as the Composer in Richard Strauss’ Ariadne auf Naxos. Her portrayal of Maffio Orsini in the San Francisco Opera’s production of Lucrezia Borgia was recently released on DVD on EuroArts Music and Naxos of America.