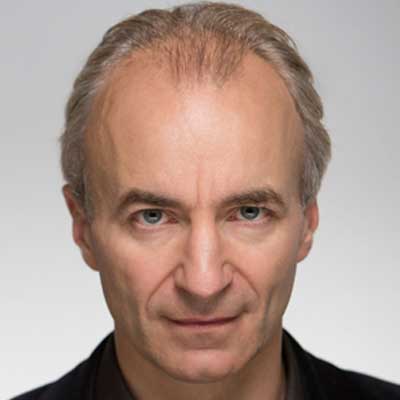 Born in Berlin, Dietrich Henschel made his debut at the Munich Biennale in 1990 and was a member of the ensemble at the Kiel Opera until 1995 singing such roles at Conte Almaviva: Le nozze di Figaro, Pelléas: Pelléas et Mélisande and Monteverdi’s Orfeo.

Now regularly appearing at the top European opera houses, his international work began with a production of Busoni’s Doktor Faust at the Opéra National de Lyon, a recording of which garnered Henschel a Grammy Award, reprising the role at the Théâtre du Châtelet, Paris. Henschel has also performed at the Opéra de Paris, the Nederlandse Opera Amsterdam, the Deutsche Oper Berlin, the Teatro Real Madrid, the Maggio Musicale Fiorentino and the Bavarian State Opera Munich in roles which include Wolfram: Tannhäuser, Beckmesser: Die Meistersinger von Nürnberg, Dr. Schön: Lulu plus the title roles of Il ritorno d’Ulisse in Patria, Don Giovanni and Wozzek. Furthermore, Henschel has performed on stage in numerous operatic premieres and challenging contemporary works, recently taking the title roles in Enescu’s Oedipe at La Monnaie and Manfred Trojahn’s Orest at the Dutch National Opera.

In addition to his appearance on the opera stage Dietrich Henschel is a revered interpreter of the song and oratorio repertoire with an extensive discography to his credit. In recent seasons he had developed several multi-media projects: A theatrical adaptation of Schubert Schwanengesang was performed at various locations including La Monnaie, Brussels, Komische Oper Berlin and The Theater an der Wien; Irrsal (2013) with music by Hugo Wolf and Wunderhorn (2015) to the songs by Gustav Mahler which have also toured extensively throughout Europe.