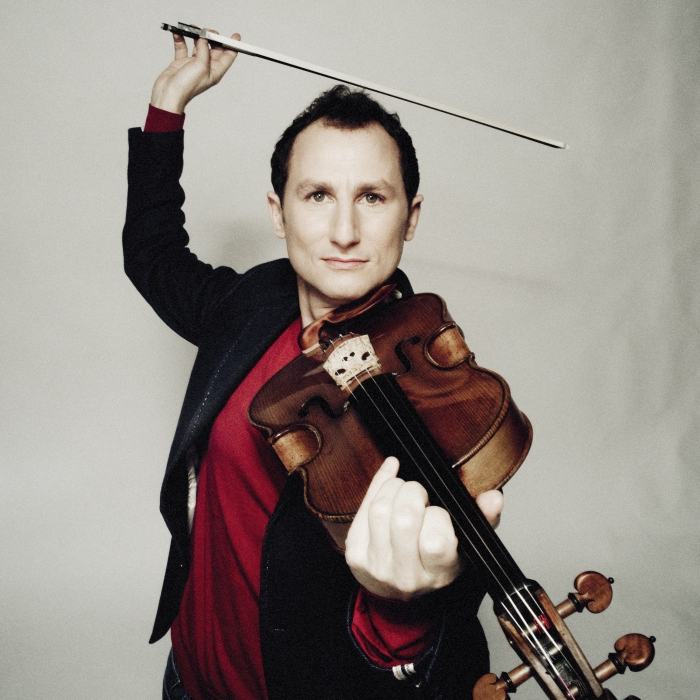 Antoine Tamestit is recognised internationally as one of the great violists - soloist, recitalist and chamber musician. In addition to his peerless technique and profound musicianship, he is known for the depth and beauty of his sound with its rich, deep, burnished quality. His repertoire is broad, ranging from the Baroque to the contemporary, and he has performed and recorded several world premieres.

Antoine Tamestit records for Harmonia Mundi. His discography includes among others a Brahms CD with Cédric Tiberghien, Bach’s Sonatas for Viola Da Gamba which he recorded with Masato Suzuki and the concerto by Jörg Widmann, with the BRSO and Daniel Harding.

In the 21/22 season, Tamestit is the subject of the London Symphony Orchestra’s Artist Portrait, performing three concerto programmes and four chamber music programmes throughout October. Tamestit is also Artist in Residence with the Dresden Staatskapelle, performing numerous concerts there throughout the season. Other orchestras that Tamestit will be performing with over the season include Vienna Philharmonic, Radio-Sinfonieorchester Stuttgart des SWR, Sinfonieorchester Basel, Akademie für Alte Musik Berlin, and Gewandhausorchester Leipzig. In chamber music, Tamestit will embark on a European tour with pianist Cédric Tiberghien, performing at Wigmore Hall and the De Bijloke Center in Belgium.

Born in Paris, Antoine Tamestit studied with Jean Sulem, Jesse Levine, and with Tabea Zimmermann. He was the recipient of several coveted prizes including first prize at the ARD International Music Competition, the William Primrose Competition and the Young Concert Artists (YCA) International Auditions, as well as BBC Radio 3’s New Generation Artists Scheme, Borletti-Buitoni Trust Award and the Credit Suisse Young Artist Award in 2008. Antoine Tamestit plays on a viola made by Stradivarius in 1672, loaned by the Habisreutinger Foundation.