In our first visit to South America, the English Baroque Soloists showcased a selection of J.S. Bach’s finest instrumental repertoire at the Cartagena International Music Festival, Colombia in January 2019.

Located in the UNESCO World Heritage Site Cartagena de Indias, the Cartagena International Music Festival is recognised as one of the foremost international classical music festivals. Drawing from its unique local context, diverse venues and warm atmosphere, the Festival provides an energetic yet intimate listening experience for a wide variety of orchestral and chamber music. In 2019, the Festival sought to “bring to light the fascinating relationship between musical thought and scientific reasoning… Numbers, symmetry, proportions, natural forces and cosmic dynamics have been the source of inspiration for great composers throughout the centuries.”

It was perhaps fitting, then, that the English Baroque Soloists, conducted by Dinis Sousa, traveled to Cartagena to present two programmes celebrating the music of a composer so readily associated with that heady combination of technical mastery and the divine: J.S. Bach. After many years of focusing on Bach’s vocal works, our two programmes showcased a selection of the composers instrumental pieces in the chapel of the city’s old Santa Teresa convent on 9 and 10 January 2019.

Kati Debretzeni, the leader of the EBS, was the soloist in three violin concertos, including the rarely-heard D minor (better known in its later version as a harpsichord concerto); and the international keyboard soloist Paolo Zanzu performed two of Bach’s harpsichord concertos. The virtuosic Brandenburg Concerto No. 5, and Orchestral Suite No. 2, with its famous concluding ‘Badinerie’, completed the programmes, both featuring flautist Rachel Beckett as the soloist.

Here’s a round-up of the press reviews:

“The English Baroque Soloist offered, under the direction of the young and vital Dinis Sousa, a selection of the magnificent orchestral work of Bach in a bright and fresh interpretation without transgressing the style.”

”…on Thursday, January 10, the English Baroque Soloists gave a concert that captured the essence of a festival that beautifully melds ancient venues with baroque masterworks.”

“Another high point was the concerts of the English Baroque Soloists, with their virtuoso performances of Bach’s repertoire.” 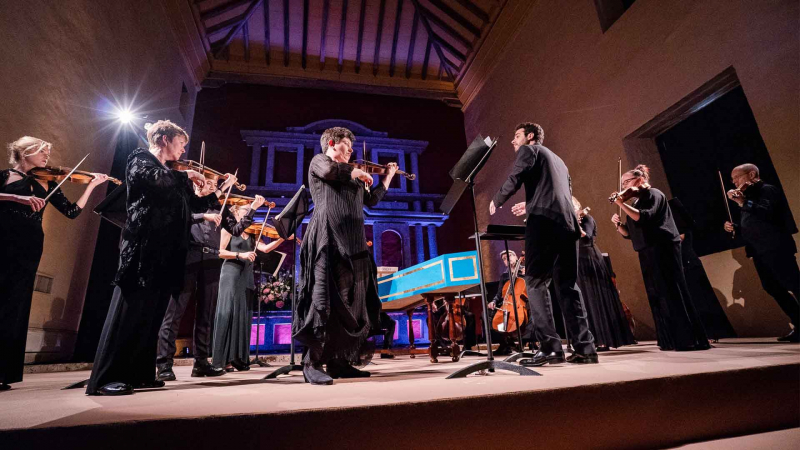 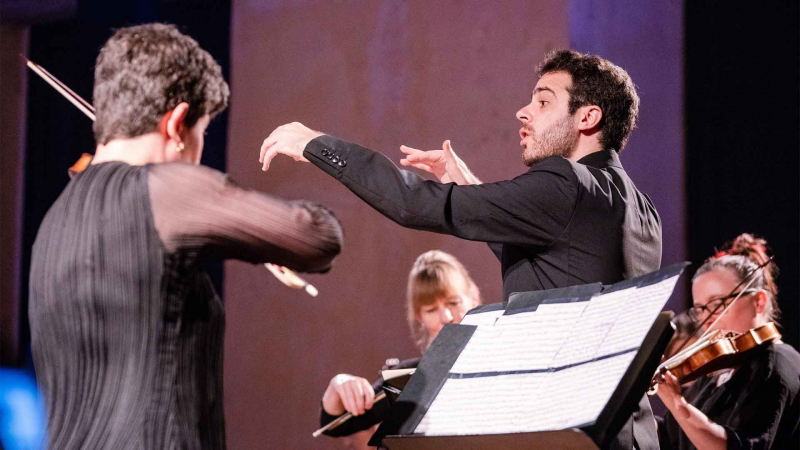