Bach weekend at the Barbican

15-17 June 2018 saw a weekend-long celebration of both Bach’s music and Sir John Eliot Gardiner’s 75th birthday at the Barbican Centre. The Monteverdi Choir and English Baroque Soloists performed three concerts from their Bach Cantata Ring tour, which featured at the Bachfest in Leipzig the weekend before, and visited a roster of Europe’s finest concert halls and churches in May. John Eliot Gardiner and his ensembles were joined by Isabelle Faust, Solomon’s Knot, Jean Rondeau and Jean-Guihen Queyras to deliver a varied collection of Bach’s works across seven concerts.

The three MCO evening concerts each showcased four of Bach’s sacred cantatas, chosen to correspond with their position in the liturgical year, interspersed with motets by other composers chosen to bring to life the message of each cantata.

Here’s a round-up of what the Press had to say:

The Arts Desk ★★★★★
‘Gardiner himself remains sprightly too, bringing energy and insight to these performances. His feeling for tempos and transitions brings a real sense of life to this music, maintaining Baroque performance conventions, yet never restrained by them.’

Daily Telegraph ★★★★
‘Certainly the first chorus of “Wachet! betet! betet! wachet!” had exciting attack, bringing forth shining tone from the Monteverdi Choir and cleanly articulated playing from the English Baroque Soloists, conducted by Gardiner with a sprightliness that belies his age.’ 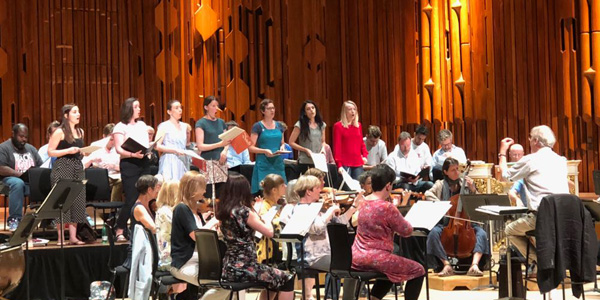