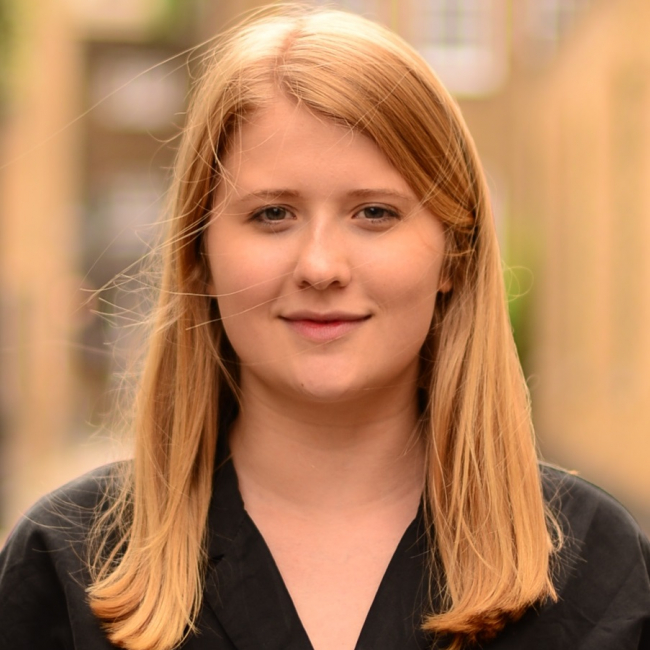 London-based Soprano Sam Cobb has been singing professionally for the past two years. Originally from Birmingham, she completed her undergraduate degree in Music at Royal Holloway in 2014, where she was awarded a Choral Scholarship for the duration of her studies. She also completed a Masters degree in Musicology at University of Birmingham in 2016.

As a soloist, engagements include Karl Jenkins’s The Armed Man, May 2018 (Egham Choral Society); Mozart’s Mass in C Minor, December 2018 (Welwyn Garden City Chorus); Saint-Saëns’ Requiem, July 2017 (Sherborne School); as well as Fauré’s Requiem and Ralph Vaughan William’s Serenade to Music, May 2016 (Charity Gala with Jamie Burton). During March 2016, she joined Jamie Burton and Schola Cantorum to perform the solos in James MacMillan’s Tenebrae Responses and the second soprano solo in Haydn’s Seven Last Words of Christ with the Mexican Orquesta Sinfónica Nacional. Samantha also performed as a Soprano soloist in Composition for London - an installation by artist Oliver Beer in Mayfair, London from April-July 2017. She also recently performed in a one-to-a-part Chorus for Mozart’s Così fan Tutte at the Ryedale Festival, July 2018.

Samantha is an experienced choral singer, having performed with renowned ensembles, including Ex Cathedra, Britten Sinfonia Voices and Sansara. She participated in the Genesis Sixteen scheme from 2015-2016, following which she and her fellow participants set up their own ensemble ‘echo’, in which she both sings and acts as Creative Director. 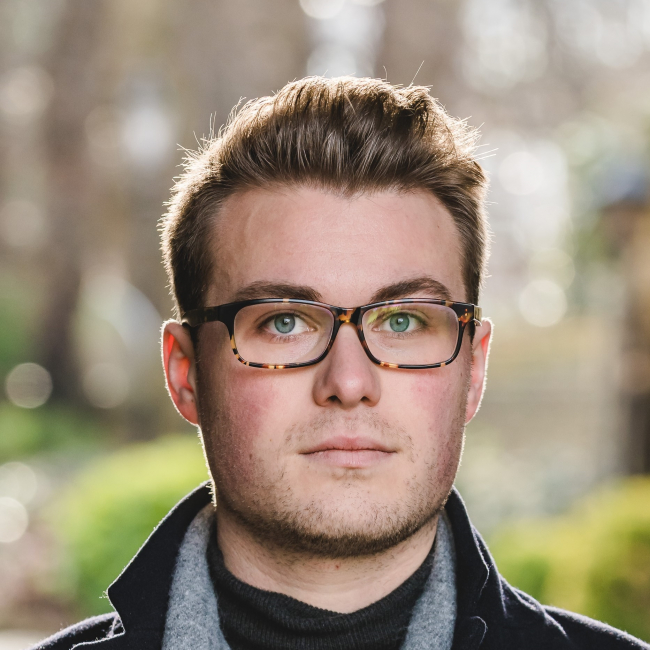 Born in Suffolk, Jonathan was a chorister and choral scholar at St Mary-le-Tower, Ipswich under the direction of Dr Michael Nicholas, before reading History at the University of York, where he was a choral scholar at York Minster. After graduating, he spent three years as a lay clerk at Peterborough Cathedral under the direction of Steven Grahl and has been a member of the ‘Genesis Sixteen’ programme for young singers (2016/2017). He has now turned to freelance singing and currently studies with tenor, Richard Edgar-Wilson.

Jonathan has performed as a soloist in the UK and Europe, including at the Trame Sonore Chamber Music Festival in Mantua, the York Early Music Festival and the Malcolm Arnold Festival. He has appeared as a soloist with Royal Northern Sinfonia, Nevill Holt Opera, Yorkshire Baroque Soloists and the Instruments of Time and Truth. Jonathan also enjoys performing English song and lieder, most recently performing Schubert’s Die Schöne Müllerin with pianist Nicky Losseff.

As an ensemble singer, Jonathan has worked with a variety of ensembles, most notably Stile Antico, the Sixteen, the Yorkshire Baroque Soloists, Sansara, and the Oxford Consort of Voices, with whom he recorded Pelham Humfrey Symphony Anthems, released in 2018. He has also recorded with the choirs of York Minster, the Ebor Singers, Peterborough Cathedral and The Sixteen. He is really enjoying being a Monteverdi Choir Apprentice and is looking forward to the rest of the year. 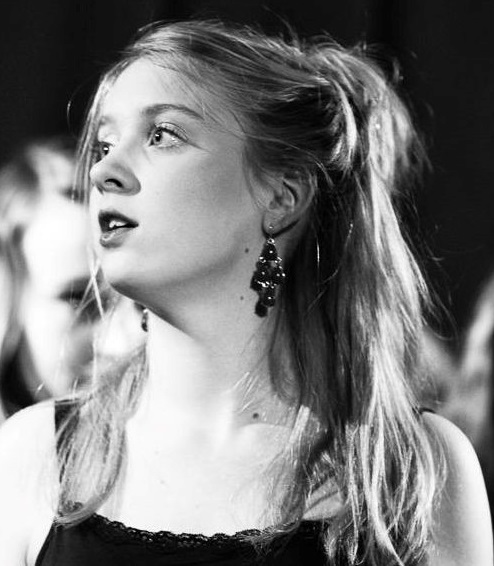 French soprano Laura Jarrell is currently studying for her Masters of Performance degree at the Royal College of Music under the tutelage of Veronica Veysey-Campbell and Nancy Cooley. She is supported by the Audrey Sacher Award. In 2017 she won the Irène Jaumillot Operetta Prize in the Béziers International Singing Competition, was a finalist in the 2017 Bordeaux Opera Competition, and won First Prize and Jury’s Special Prize in the 2016 Léopold Bellan International Singing Competition in Paris. Previous to this, she studied singing with soprano Sophie Hervé in Paris, sang in the ensemble Académie vocale de Paris, conducted by Iain Simcock, and graduated from La Sorbonne Université in Music and Musicology in 2016. 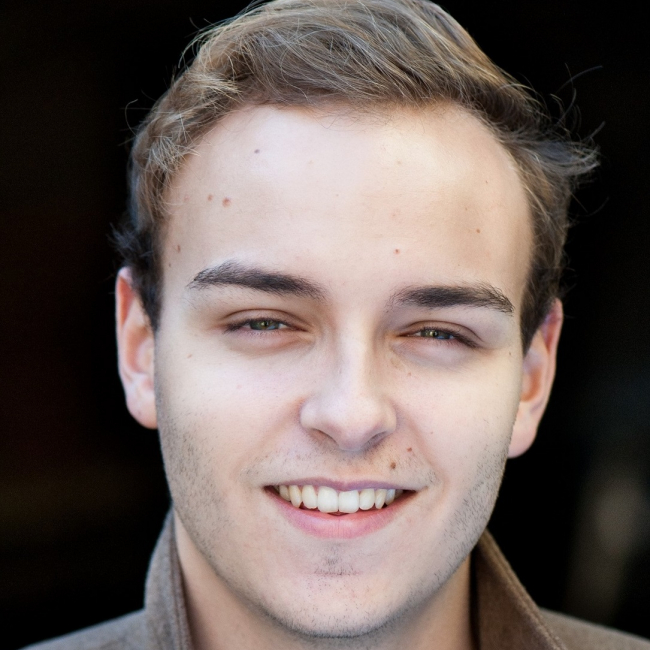 Michael graduated from Trinity Laban Conservatoire of Music & Dance with First Class Honours, and currently studies at Hochschule für Musik Hanns Eisler, Berlin, under the tutelage of Thomas Quasthoff. He is generously supported by the Freda Parry Foundation after winning First Prize at the Freda Parry Scholarship Competition in Summer 2017. He is also the recipient of the Wilfred Greenhouse-Allt Prize for Oratorio & Cantata, winner of the Lillian Ash French Song Competition 2016 with pianist Kyle-Nash Baker, and 2nd Prize winner at the Hurn Court Opera competition 2018.

As a soloist, Michael has sung Mozart’s Mass in C Minor and Bach’s B Minor Mass with the Academy of St.Martin-in-the-Fields, Bach’s St John Passion with Southern Sinfonia, Mozart’s Coronation Mass with the Cumnock Tryst Festival Chorus conducted by Eamonn Dougan, and Handel’s Messiah with Southern Sinfonia and Rotherithe and Bermondsey Choral Society. Other engagements include Fauré and Brahms Requiems and Haydn’s Nelson Mass with St.Martin’s Voices and Orchestra. Michael has also recently made his debut at Wigmore Hall as part of a masterclass with baritone Thomas Quasthoff. 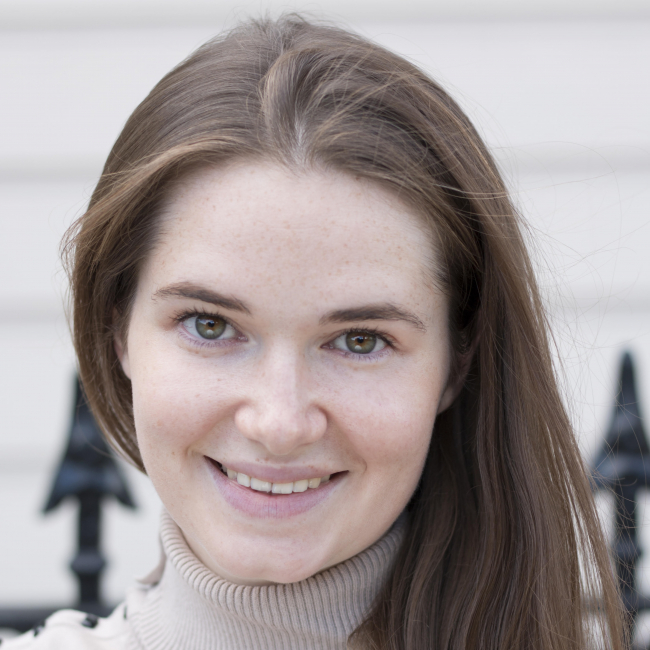 English soprano Charlotte La Thrope graduated with first class honours in Music from the University of Durham, majoring in performance, and in her final year received ‘Most Outstanding Soloist’ award. She then studied on the Masters course at Royal Academy of Music and graduated in 2018 with distinction. Charlotte currently learns with Lillian Watson and Christopher Glynn.

Competition highlights this year have included reaching the semi-final of The London Handel Festival Competition, the final of the New Elizabethan award with her renaissance group ‘Comalli’ and winning the RAM Nancy Nuttall Early Music Prize two years running.

Charlotte performs regularly across the country as a soloist and her operatic roles to date include Susanna in Marriage of Figaro, Pamina in Mozart’s Magic Flute, Iris in Semele, Eurydice in Monteverdi’s Orfeo, L’Enfant in Ravel’s L’Enfant et Les Sortileges (with Samling Academy) and most recently the Angel in Iford Arts’ production of Handel’s Jephtha in which she was described as ‘a gifted young soprano’ Charlotte Valori - Operissima, ‘Angel stands out from the crowd… the best singing - poised, sweet and true - comes from Charlotte La Thrope as Angel whose last minute intervention saves the day’ Rupert Christiansen, The Telegraph and ‘… a young singer to watch out for.’ Andrew Benson-Wilson.

This year Charlotte is particularly excited to be joining the Monteverdi Choir as one of its 2018/19 Apprentices and is also looking forward to being a part of the Brighton Early Music Festival mentoring scheme with Comalli Consort. 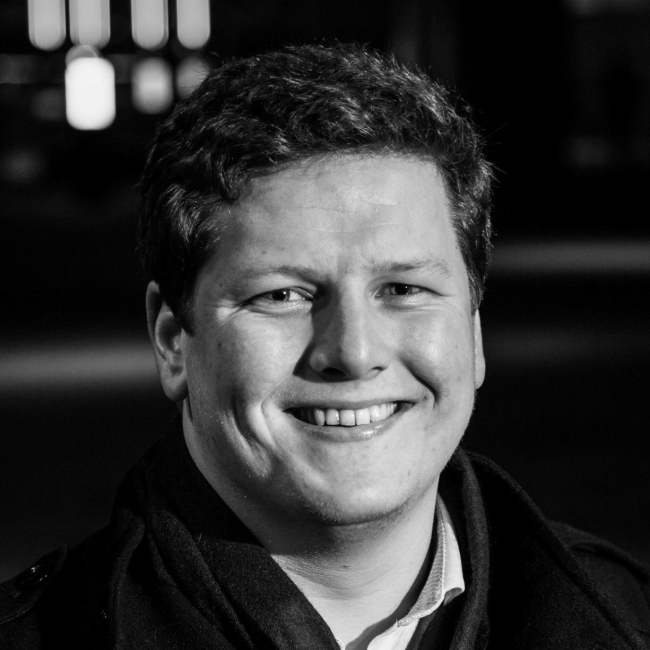 British singer Angus McPhee is a Masters graduate of the Royal Academy of Music where he studied with Alexander Ashworth and Jonathan Papp.

Angus studied music at King’s College London, where his passion for consort singing was inspired by David Trendell. During this time he was also a member of the Sixteen’s Genesis Sixteen training scheme under Harry Christophers, under whose baton he has subsequently gone on to perform and record.

He sings with such British ensembles as Britten Sinfonia Voices and Oxford Camerata and is increasingly in demand abroad, working with Collegium Vocale Gent, Trondheim Vokalensemble, the Nederlands Kamerkoor and the Nederlandse Bachvereniging. Angus is a regular member of the Royal Hospital Chelsea Chapel Choir with whom he recorded Howells’s A Spotless Rose in 2016, which The Guardian reviewed as ‘spotless’. Recent personal solo highlights include Schoenberg’s Ode to Napoleon Bonaparte, Pavel Haas’s Four Chinese Songs and Dvořak’s Biblical Songs with orchestra. Angus’ musical interests include composing, arranging, accompanying and leading musical engagement projects in the community and workplace.

In addition to his musical pursuits Angus is an avid rugby union fan and enjoys long walks with the family labradors. 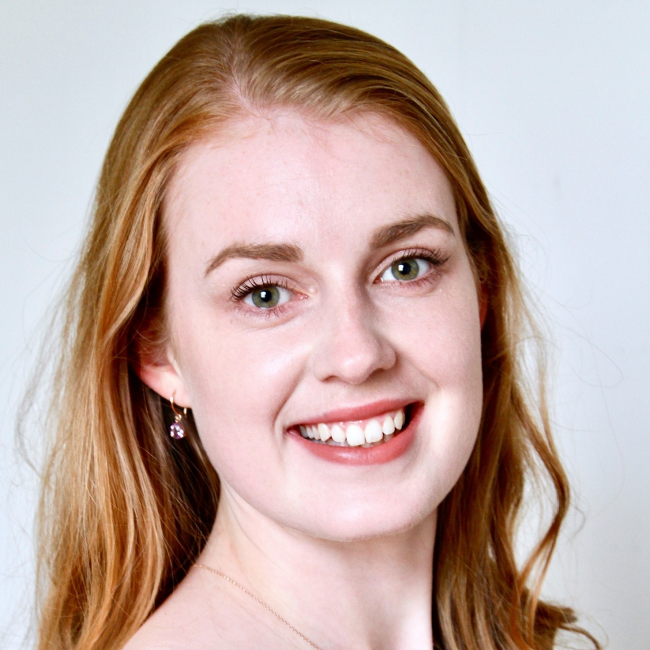 Victoria was a chorister at St Mary’s Collegiate Church, Warwick, before studying a Mathematics and Music degree at Royal Holloway, University of London, where she was a Choral Scholar. Since graduating in 2016, Victoria has been enjoying a busy life in London as an ensemble and solo soprano, whilst studying with Julie Kennard.

Victoria is an alumnus of Genesis Sixteen and member of the Erebus Ensemble and the Choir of the Chapels Royal, HM Tower of London. She also sings with the Eric Whitacre Singers and Tenebrae, alongside regular appearances at St Martin-in-the-Fields with its professional choir, St Martin’s Voices.

Victoria is kindly supported by the Denne Gilkes Memorial Fund. 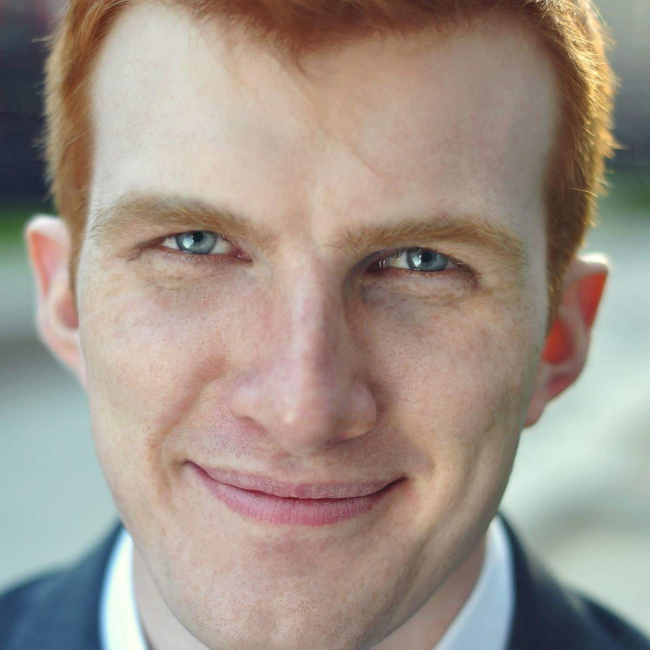 James Quilligan graduated from the Guildhall School of Music and Drama in 2015 and for the past year has been a lay clerk at St John’s College, Cambridge. He continues to study privately with Robert Dean. 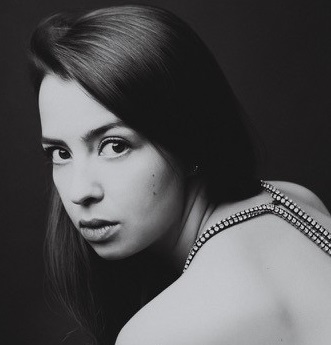 Russian mezzo-soprano Margarita Slepakova is an opera and concert singer and a graduate of the Schola Cantorum Basiliensis in Switzerland where she is also currently pursuing her Specialised Master’s degree with Gerd Türk and Rosa Dominguez.

In 2018 she performed the part of Poppea in Monteverdi’s L’incoronazione di Poppea at the OpernFest in Berlin directed by David Paul and conducted by Peter Leonard. She has also played a part of Ariel in Purcell’s The Tempest in Collegium Nobilium Theater in Warsaw and sung with the choir of Theater Basel in shows of Stravinsky’s The Rake’s Progress directed by Lydia Steier and conducted by Kristiina Poska.

Margarita has won awards in vocal competitions in Poland and Russia and has performed in Switzerland, Germany, Italy, France, Finland, Russia and Poland, collaborating with pianists, lutenists as well as orchestras and other ensembles.

Recently, Margarita has sung in performances of Haydn’s Missa in Angustiis in Switzerland, Porpora’s Salve Regina in Italy and in Pergolesi’s Stabat Mater and Vivaldi’s Stabat Mater in France.

Before receiving her Master Diploma at the Schola Cantorum Basiliensis she graduated from the Vocal and Acting Department of the Fryderyk Chopin University of Music (class of prof. Jadwiga Rappé) and Culture Studies Faculty of Warsaw University.

Her repertoire extends from music of the 16th century up to contemporary works, with a particular focus on 17th and 18th century, Classical and early Romantic eras.